Pooing and Weeing.. I can't believe we have stooped to titles like this!

Sunday 20th September 2009
We woke up at a reasonable hour this morning and went for breakfast in Dunsborough, it was just another part of Carolyns birthday celebrations, she does like to make it last as long as possible.
After breakfast we went for a walk round town and down to the waterfront, it was very windy and raining quite a bit but we seemed to be under cover whenever the rain came.
We couldn’t stay out all day because the puppies needed feeding and pooing and weeing and cleaning up after, but we did stop for an ice cream at Simmo’s before heading home.
It was cold, windy and rainy all afternoon, so after cleaning out the rabbits, dogs and cat, we sat and watched the film Storm Seekers with Darryl Hannah, she didn’t half look rough in it, her face looked all bloated like that of an alcoholic and it wasn’t the best bit of acting we’d ever seen, but that probably explains why we had never heard of it before.
The kids said that they enjoyed it, but we suspect that it was the fact that they were allowed to eat yesterday’s leftover pizza in front of the telly that really impressed them.
In the evening after the kids had gone to bed, we watched episodes of Life on Mars and Torchwood, we don’t know if we are just watching a bad batch of Torchwood episodes or whether they are normally like this, but the acting, storylines and script are so naff that it has almost become an addiction, watching them to see how bad they can really get. 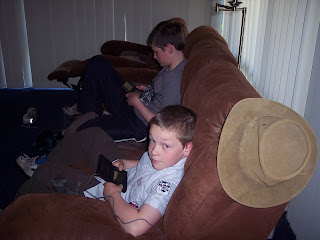 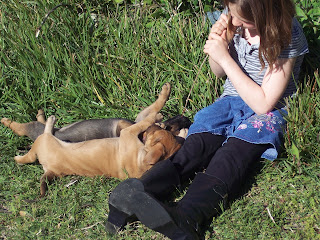 You sound like a propery mummy blogger - and seeing as have no clue which of you wrote that, it could be even more insulting than it sounds! lol