As Ian cooks porridge for the boys before he goes to work each day he didn't have time for gifts this morning, awwww shame....but he opened cards, read jokes from the kids, drank his tea and drove off in the rain to work.

So instead of cheerful birthday pics, I decided to show you what we have been doing lately. 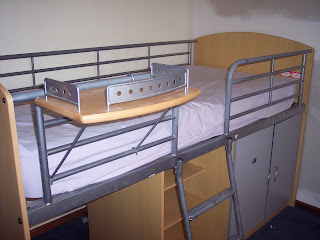 We dismantled Marisas cabin bed, it didn't really enjoy emigrating and has seen better days. Bye bye bed. We had hoped to sell it but it refused to come apart properly and was beaten most cruelly in order to become small enough to fit through the door. The spare wood will no doubt come in handy one day :o)

After the room was empty, that took a day, it was thoroughly wiped down and hoovered (vacuumed) and new boxes appeared. 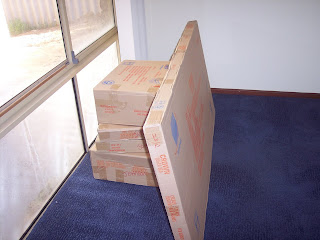 For once Missy didn't have to worry about her room as the contents were all in the lounge, like this. 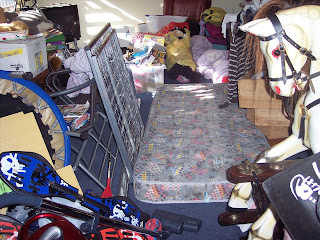 Her room is now pretty much done, we do still have to paint a wall, but may save up for a fitted robe instead, so we will happily leave that. The light doesn't work either, but we will gloss over that and move on.... 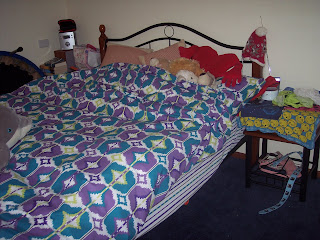 The dogs are recovered from the drama of trying to kill each other off and nearly managing and are mostly here, in front of the fire with Kristian. 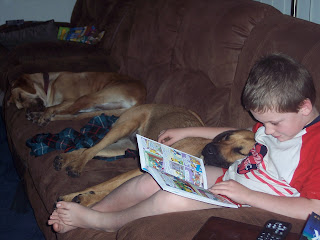 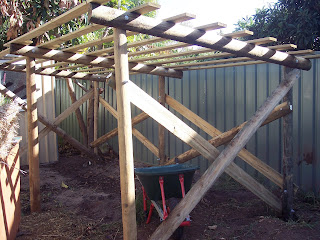 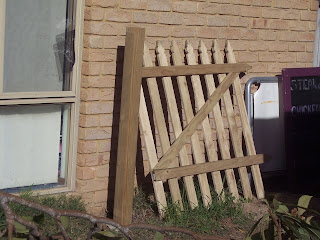 The garden was a bit of a wasteland but is a work in progress as you can now see. 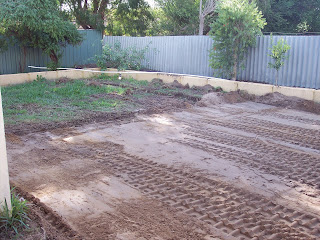 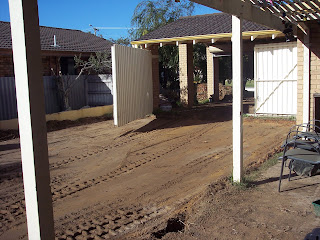 Hopefully now you can see what we have been up to we are forgiven for not blogging much lately.
Posted by The HoJo's at 3:07 AM

Happy Birthday Ian. Late I know but can I plead sickness & general unwellness.

You guys can come carpenter with us. We've been building the house so long now we're on the replacement round before we finished the first round.