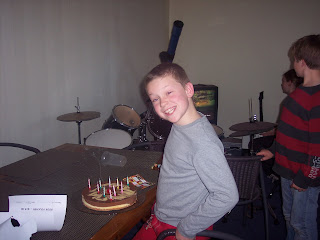 Today Kristian is 10, so yesterday we filled the car with children and went to Bunbury for the day.

First stop was a hill near the ocean with cardboard boxes. For sledging. See, you don't need snow, just a grassy hill and boxes. It was really good fun and Kristians friends hadn't tried it before so we stayed for over an hour.
Just as well there was decent coffee near by. 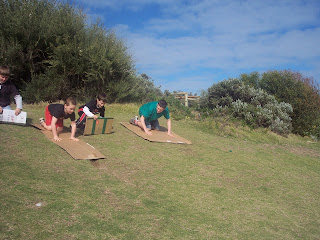 After disposing of the boxes, to the disgust of Kristian who wanted to take one home, we went to watch the waves which were huge. 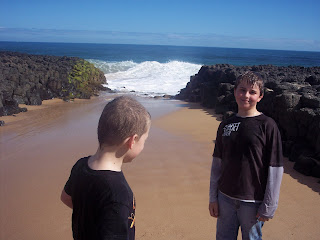 We managed to Get Kristian and Dom soaked tee hee, and went to the car to refill on chocolate muffins. 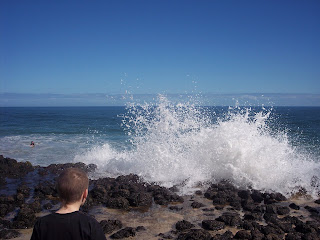 Next was bowling, Kristian and his friends had an alley and the rest of us were on another one, too funny. Just as well the sides were blocked or there would have been tears before bedtime :o) and, no, in case you were wondering, all those games of skittles in the pub made no difference to my game and Ian still beat us all, almost twice over!

Next was the annual trip to Hungry Jacks (Burger King) which was no less dissapointing than usual, dirty tables, dirty floors, dodgy microwaved tasting bread and very small burgers, I don't know how the big chains get away with such small, unappetising meals. The other facilities were dirty too.

Home to play for another hour or two and then feet up in front of a cheap ex-rental copy of the last Indiana Jones film and all is well with the world.